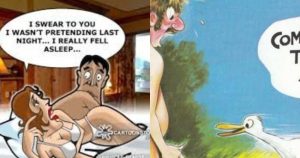 We all know that humor isn’t just for the elderly! That’s why we decided to compile a massive collection of 20 amusing comics and cartoons about growing up, which is near to home but not yet finished! Humor appeals to people of all ages and cultures. Most people can have a sense of humour, whether […] 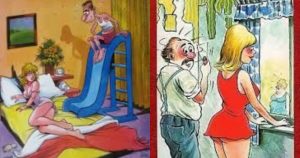 Bizarro is a one-panel cartoon created by artist Dan Piraro that has been featured in over 360 newspapers and periodicals since 1985. Piraro, a traditional cartoonist, has moved on to internet comics, a whole different game in which the competition is severe and most artists struggle to make a living from their art. Piraro is […]

Powered by WordPress | WP Newspaper by WP Mag Plus